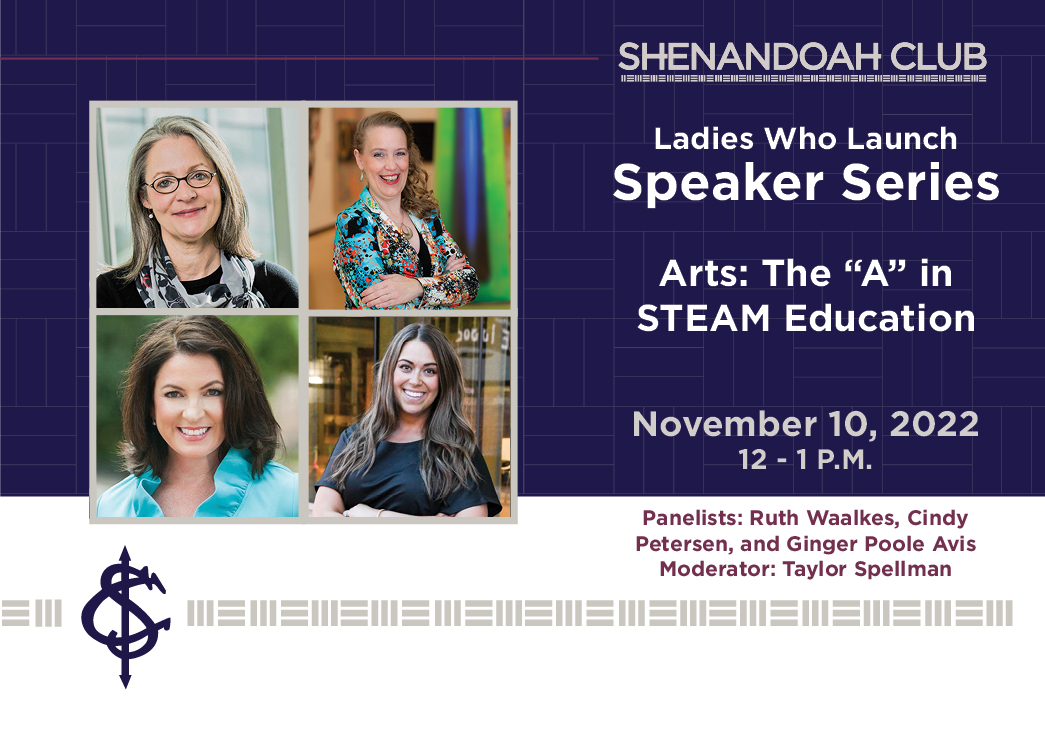 Join our panelists as they discuss the importance of art in STEAM education in our region.

Arts and cultural organizations contribute greatly to the quality of life in our region. They also play an important role in STEAM education. Come and learn how these arts leaders are not only entertaining our community, but how their programs enhance learning for people of all ages.

This event is open to members, guests, and prospective members, but space is limited. Please register to reserve your ticket which will include a seated lunch, presentation, and networking in The Shenandoah Club's main dining room.

* Are you a member of one of our strategic partnership organizations?  If so, please register using the "Club Member Registration" above. 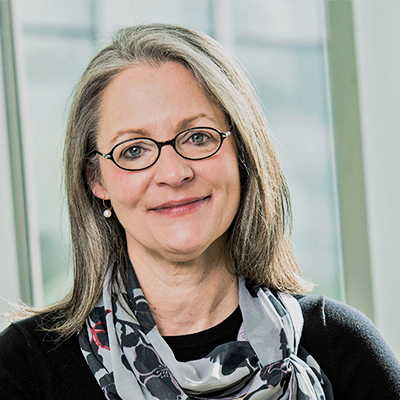 Ruth Waalkes, Associate Provost for the Arts and Executive Director for the Moss Arts Center at Virginia Tech

Ruth Waalkes oversees strategic campus-wide integration of the arts at Virginia Tech, and leads community-based arts initiatives on behalf of the university across the region. Since joining Virginia Tech in 2009 as the founding executive director of the $100 million Moss Arts Center, which opened in 2013, Ruth established the vision for, launched, and now directs the center and its professional presenting and exhibition programs. Ruth came to Virginia Tech from the University of Maryland, College Park where she was director of artistic initiatives for the Clarice Smith Performing Arts Center. Prior to that, her career included serving as executive director of Volunteer Fairfax; and artistic producer of the International Children’s Festival at Wolf Trap while at the Arts Council of Fairfax County, where she was director of visual and performing arts programs. Ruth is a graduate of the University of Michigan, with more than 30 years' experience in nonprofit management in both the arts and social service sectors. 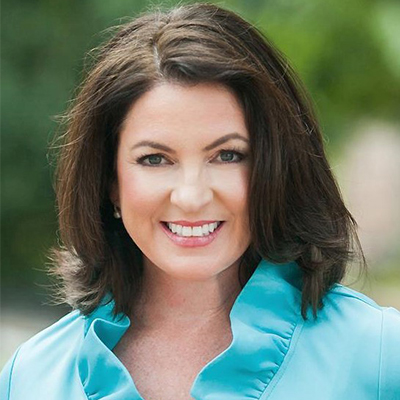 Ginger Poole Avis is a member of the Actor’s Equity Association and an Associate member of the Stage Directors and Choreographers Union. Originally from South Carolina and raised in Atlanta, she has worked with the N.F.L. and The Atlanta Falcons as director and choreographer and The Atlanta Opera. She has studied, taught, choreographed, and performed in Georgia, Hawaii, Florida, Mississippi, South Carolina and Virginia, and has worked in commercials, voice-overs, film, stage, classroom, and was profiled in the book FIRESTARTERS as “the actor”.

Prior to coming to Mill Mountain Theatre and later becoming the first woman to the lead the theatre, Ginger was based out of North Carolina where she worked with Flat Rock Playhouse, the State Theatre of North Carolina, in over 25 productions. She was part of the education program for 5 years and taught for their Apprentice Companies and their Conservatory Program in acting, dance, and musical theatre. While working and performing with Flat Rock Playhouse, she had an opportunity to visit and work in Mill Mountain Theater. She was offered the job as education director at Mill Mountain Theatre in 2008 and soon learned that the failing theatre was facing financial obstacles.  In early 2009, working with Board members including her future husband, Jack Avis, Ginger demonstrated her knowledge of every aspect of the theatre business. She acted in, directed and choreographed the recuperating theater’s productions, and guided the board in matters like selling tickets, building sets and eventually eliminated debt. Working together, the Mill Mountain Theatre team looks forward to its continued growth, success, and artistic influence in the region.

Ginger serves on Boards of South Eastern Theatre Conference, Junior League of the Roanoke Valley, Burton Performing Arts Advisory Board, The Roanoke City Public Schools Education Foundation, and she has served on the Review Panel for the Virginia Commission for the Arts. She was the recipient of the DePaul’s Women of Achievement Award in the Arts in 2013 and was named the 2016 Kendig Award recipient for Individual Artist. She is also a guest host with WSLS, the NBC affiliate, Daytime Blue Ridge television show, and is the host of the new Mill Mountain Theatre Podcast, Meet Me at Mill Mountain.

Virginia “Ginger” and her husband, Jack Avis, are the proud parents of a daughter, Anne Tillison. 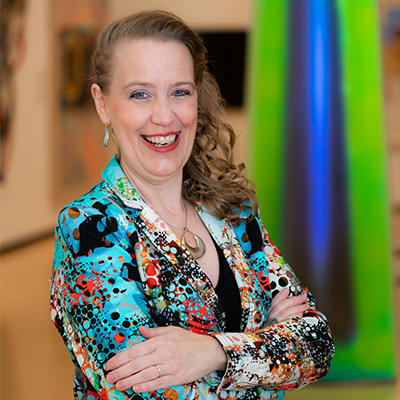 Cindy Petersen serves as the Executive Director of the Taubman Museum of Art, with extensive non-profit leadership experience, community collaborations, and research in innovation and creativity. Her background is in education, the arts, and international business, having worked 15 years in change management consulting and business development throughout Europe for Oracle and Bristol-Myers Squibb. As executive director, she uses exhibitions as a springboard for collaboration and innovation, building a robust calendar of engaging and dynamic community engagement initiatives in partnership with regional non-profits, retirement centers, healthcare facilities, and universities. She has served as a senior leader at the Museum since 2011, and focused on a visitor-centered approach as she led a creative and holistic redesign of Art Venture, the Museum’s exploratory, interactive learning space for families. Prior to her time at the Museum, she was the Regional Director for Young Audiences of Virginia and Project Manager on a national research team for literacy and the arts. She earned a Master’s in Education from Harvard University and a Bachelor’s in Business Administration from the University of Nebraska-Lincoln. Petersen serves on the boards of the Dr. Robert L.A. Keeley Healing Arts Program at Carilion Clinic and the Public Policy Council of the Roanoke Regional Chamber of Commerce, and is a member of the International Council of Museums. A fun fact about Petersen is that she is a master tap dancer and loves to perform annually with her family in The Nutcracker ballet. 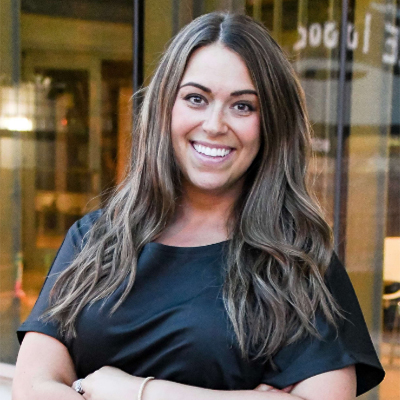 Taylor Spellman comes to the RBTC with a rich background in marketing, media relations and project management for a variety of small businesses, startups and non-profit organizations. Her portfolio showcases a successful track record of launching and scaling new programs for success. As the former Director of Public Relations for Visit Virginia’s Blue Ridge, Taylor worked with hundreds of media and news publications around the globe promoting placemaking for the regional tourism organization. Prior to that, Taylor helped the development and marketing efforts to launch Roanoke’s first coworking space, CoLab. She has held many volunteer roles for local organizations and is a co-founder for Experience, dedicated to attracting and retaining talent in the Roanoke Region. Spellman serves on the Virginia Recreational Facilities Authority Board for Virginia’s Explore Park, originally appointed by former Virginia Governor McAuliffe. She is a graduate of Radford University and loves exploring new places and supporting local with her husband Tommy, their two young children and German Shorthaired Pointer Bo.